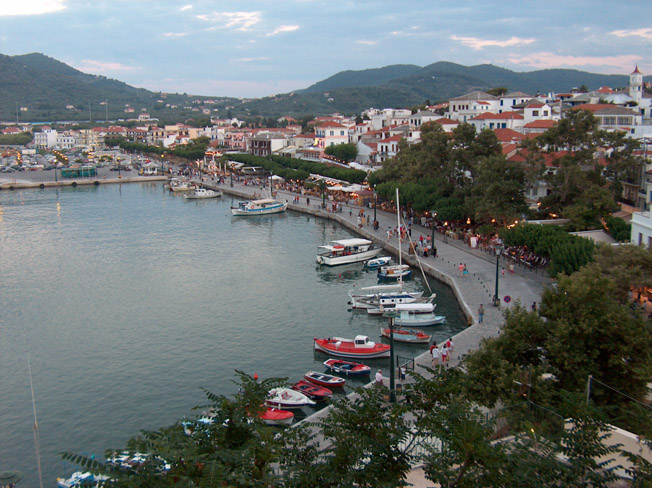 Skopelos (Greek: Σκόπελος), ancient Peparethos or  Peparethus (Ancient Greek:Πεπάρηθος),   is a Greek island in the western Aegean Sea. Skopelos is one of several islands which comprise the Northern Sporades island group. The island is located east of mainland Greece, northeast of the island of Euboea and is part of theThessaly region. Skopelos is also the name of the main port and the municipal center of the island. The other communities of the island are Glossa and Neo Klima (Elios). The geography of Skopelos includes two mountains over 500 meters; Delphi (681 m) in the center of the island, and Palouki (546 m) in the southeast. With an area of 96 km² (36.6 mi²) Skopelos is slightly larger than Mykonos (85 km²) andSantorini (73 km²). The nearest inhabited islands are Skiathos to the west andAlonissos to the east.