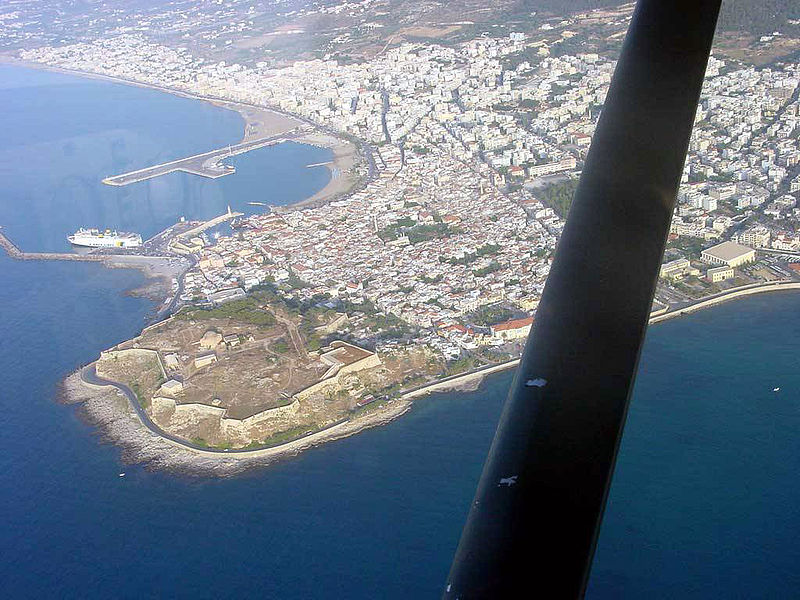 Rethymno (Greek: Ρέθυμνο, [ˈreθimno], also Rethimno,  Rethymnon, Réthymnon, and Rhíthymnos) is a city of approximately 40,000 people in Greece, the capital of Rethymno regional unit on the island of Crete. It was built in antiquity (ancient  Rhithymna and Arsinoe), but was never a competitive  Minoan centre. It was, however, strong enough to mint its own coins and maintain urban growth. One of these coins is today depicted as the crest of the town with two dolphins in a circle.