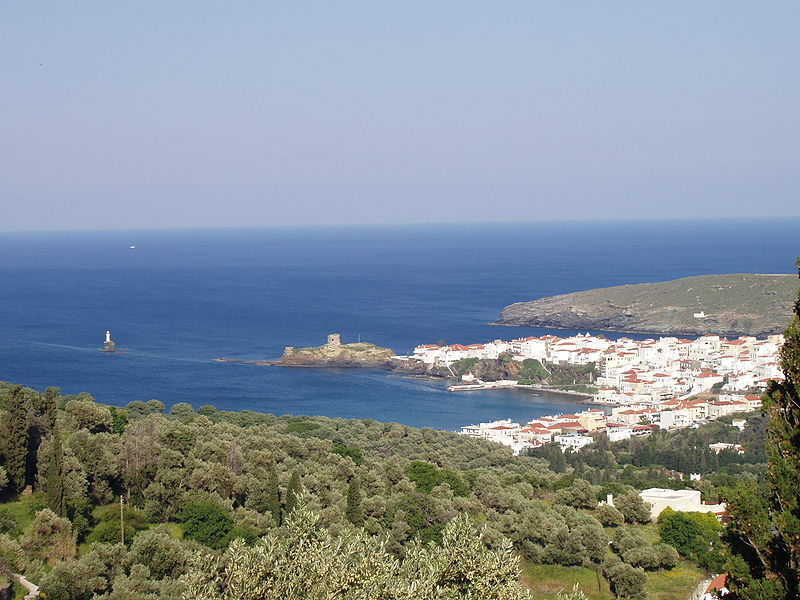 Andros, or Andro (Greek: Άνδρος) is the northernmost island of the Greek Cycladesarchipelago, approximately 10 km (6 mi) south east of Euboea, and about 3 km (2 mi) north of Tinos. It is nearly 40 km (25 mi) long, and its greatest breadth is 16 km (10 mi). Its surface is for the most part mountainous, with many fruitful and well-watered valleys. The area is 380 km2 (147 sq mi). The largest towns are Andros (town), Gávrio, Bátsi, and Órmos Korthíou.

The island is famous for its Sariza spring at Apoikia where the water comes out of a lionhead. Palaeopolis, the ancient capital, was built into a steep hillside, and its harbor's breakwater can still be seen underwater.