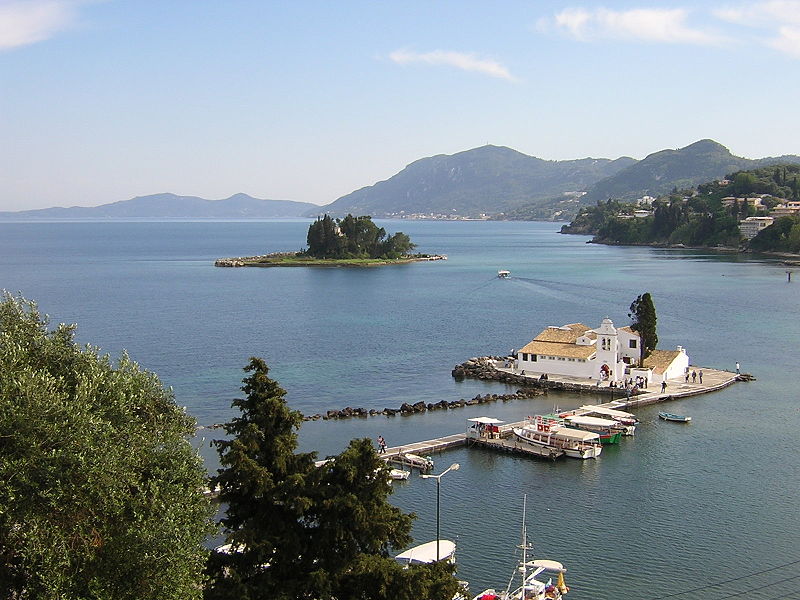 Corfu (Greek: Κέρκυρα, Kérkyra, [ˈcercira]; Ancient Greek: Κέρκυρα or Κόρκυρα;Latin: Corcyra; Italian: Corfù) is a Greek island in the Ionian Sea. It is the second largest of the Ionian Islands, and, including its small satellite islands, forms the edge of the northwestern frontier of Greece. The island is part of the Corfu regional unit, and is administered as a single municipality. The municipality includes the island Corfu and the smaller islands Ereikoussa, Mathraki and Othonoi. The principal city of the island and seat of the municipality (pop. 33,886) is also named Corfu. Corfu is home to the Ionian University.