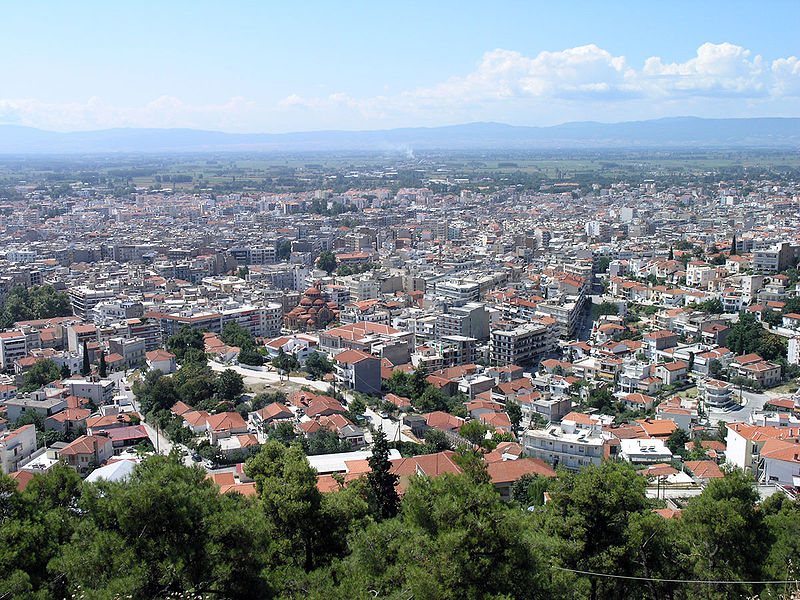 Sérres (Greek: Σέρρες, older form: Σέρραι, Sérrai) is a city in Macedonia, Greece. It is situated in a fertile plain at an elevation of about 70 m, some 24 km northeast of the Strymon river and 69 km north-east of the Macedonian capital, Thessaloniki. TheRhodope Mountains rise to the north and east of the city. The city is the capital of the regional unit of Serres and is situated at the eastern edge of Central Macedonia. Its municipal population was 76,240 in 2011.