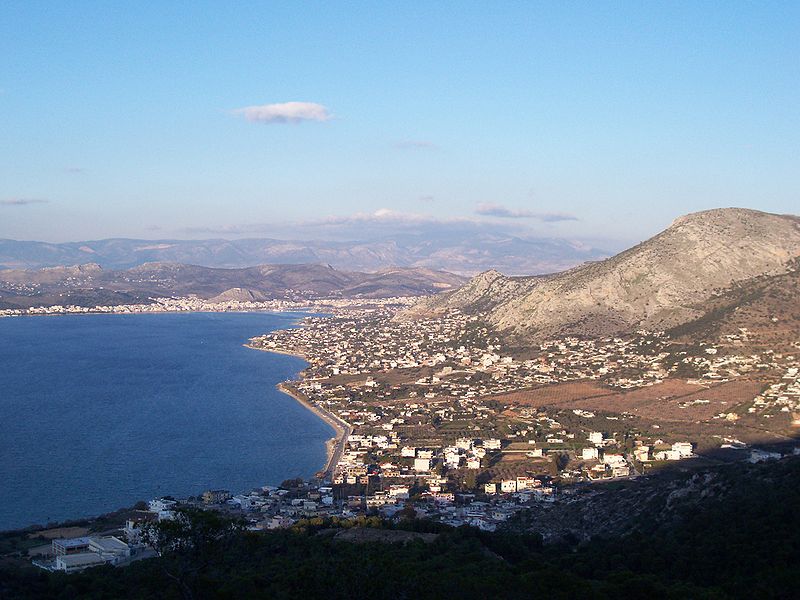 Salamis (Greek: Σαλαμίνα Salamína, Ancient and Katharevousa: Σαλαμίς Salamís), is the largest Greek island in the Saronic Gulf, about 1 nautical mile (2 km) off-coast from Piraeus and about 16 km west of Athens. The chief city, Salamina, lies in the west-facing core of the crescent on Salamis Bay, which opens into the Saronic Gulf. The island's main port, Paloukia, in size second only to Piraeus, is on the eastern side.