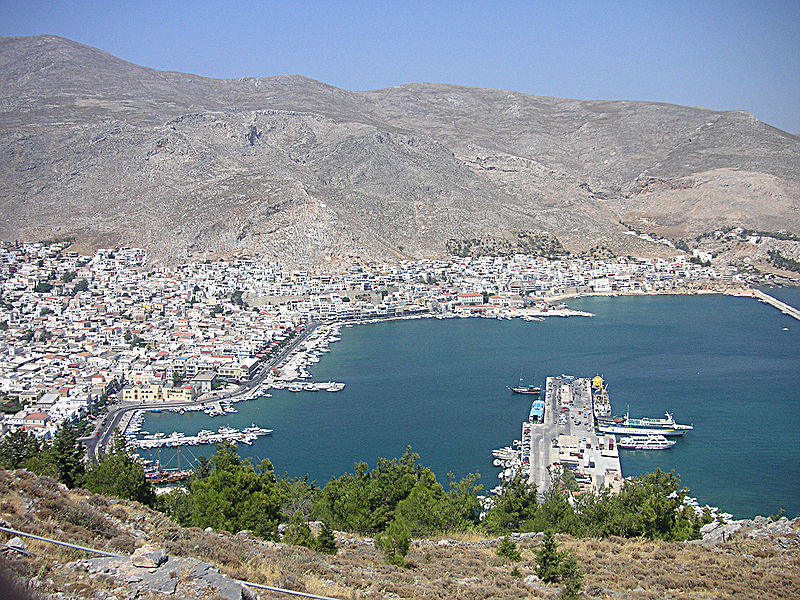 Kalymnos, (Greek: Κάλυμνος) is a Greek island and municipality in the southeastern Aegean Sea. It belongs to the Dodecanese and is located to the west of the peninsula of Bodrum (the ancient Halicarnassos), between the islands of Kos(south, at a distance of 12 km) and Leros (north, at a distance of less than 2 km): the latter is linked to it through a series of islets. Kalymnos lies between two to five hours away by sea from Rhodes. The island is known as Càlino in Italian and Kilimlior Kelemez in Turkish.

In 2001 the island had a population of 16,235, making it the third most populous island of the Dodecanese, after Kos and Rhodes. It is known in Greece for the affluence of much of its population, and also stands as both the wealthiest member of the Dodecanese and one of the wealthiest Greek islands overall. The Municipality of Kalymnos, which includes the populated offshore islands of Pserimos (pop. 130),Telendos (54), Kalolimnos (20), and Pláti (2), as well as several uninhabited islets, has a combined land area of 134.544 km² and a total population of 16,441 inhabitants.