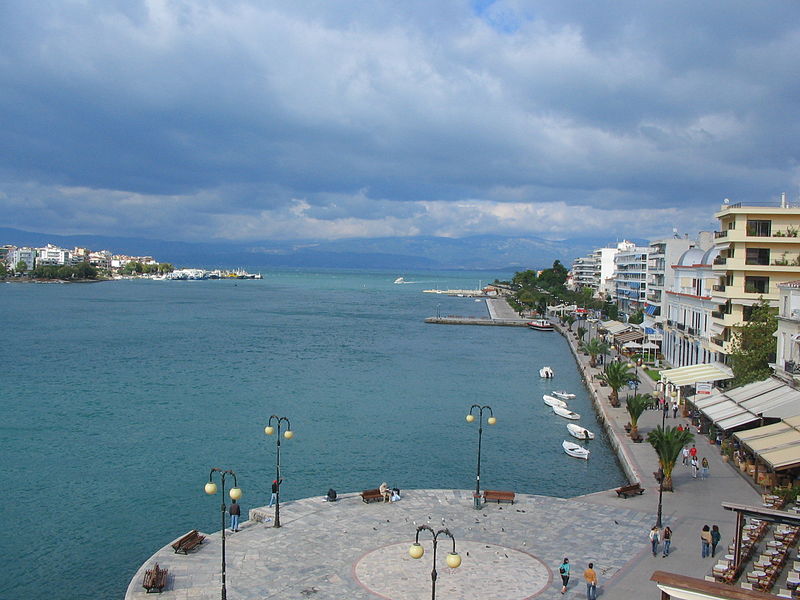 Evia ( Greek: Εύβοια, Euvoia; Ancient Greek: Εὔβοια, Eúboia) is the second largest Greek island in area and population, after Crete. The narrow Euripus Straitseparates it from Boeotia in mainland Greece. In general outline it is a long and narrow, seahorse-shaped island; it is about 150 kilometres (93 mi) long, and varies in breadth from 50 kilometres (31 mi) to 6 kilometres (3.7 mi). Its general direction is from northwest to southeast, and it is traversed throughout its length by a mountain range, which forms part of the chain that bounds Thessaly on the east, and is continued south of Euboea in the lofty islands of Andros, Tinos and Mykonos.