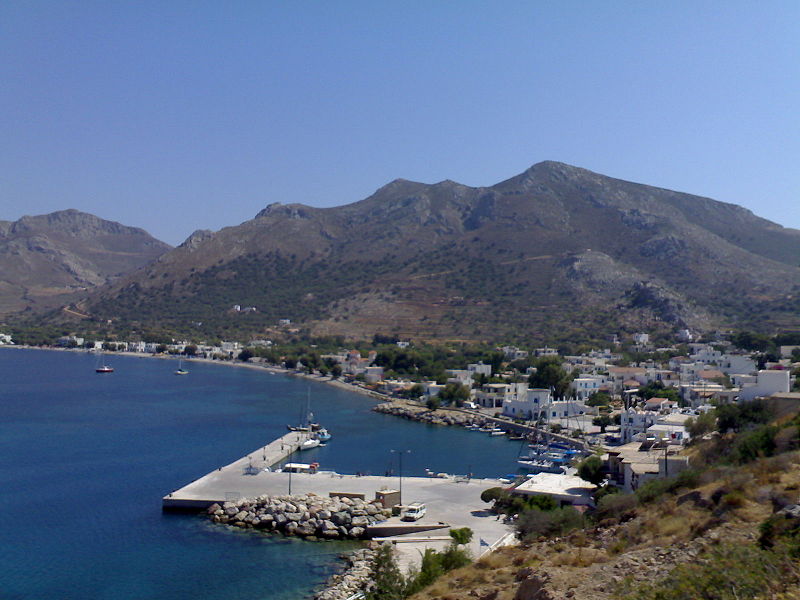 Tílos (Greek: Τήλος; ancient form: Telos) is a small Greek island and municipalitylocated in the Aegean Sea. It is part of the Dodecanese group of islands, and lies midway between Kos and Rhodes. It has a population of 533 inhabitants (2001 census). Along with the uninhabited offshore islets of Antitilos and Gaidaros, it forms the Municipality of Tilos, which has a total land area of 64.525 km². Tilos is part of the Rhodes regional unit.[2]

Popularly, Telos was the son of Helios and Halia, the sister of the Telchines. He came to the island in search of herbs to heal his ill mother, and later returned to found a temple to Apollo and Neptune. However, Telos (Telo or Tilo) does not appear in Greek mythology and the name probably has an unknown pre-Hellenic origin. Pliny the Elder notes that in antiquity Telos was known as Agathussa (Αγαθούσσα) (also Agathusa and Agathousa). In the Middle Ages, it was known by the Italian asEpiscopio, either because it was a Bishop Seat or because its position as Vantage Point. The island has also been called in Turkish İlyaki and in modern Italian Piscopi.