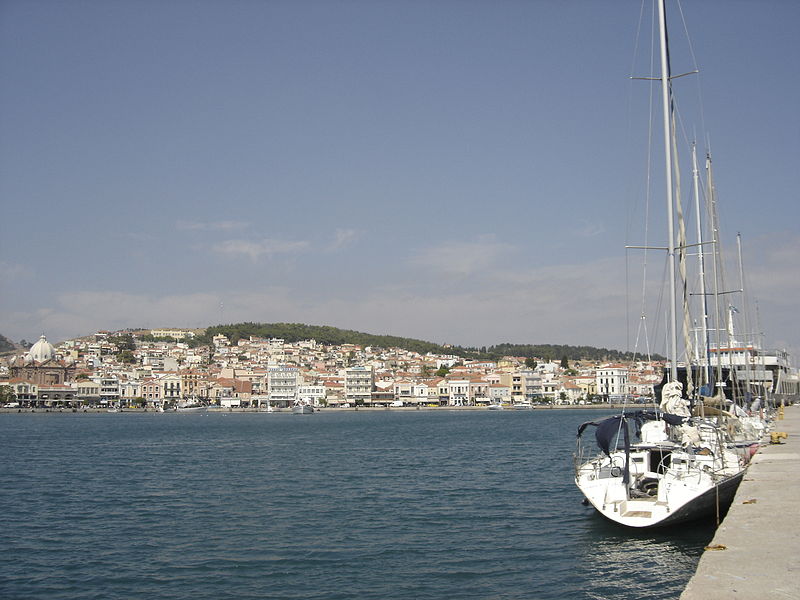 Lesbos (Greek: Λέσβος, transliterated as Lesvos, sometimes also referred to as Mytilini after its major city Mytilene) is a Greek islandlocated in the northeastern Aegean Sea. It has an area of 1,632 km2 (630 sq mi) with 320 kilometres (almost 200 miles) of coastline, making it the third largest Greek island. It is separated from Turkey by the narrow Mytilini Strait.

Lesbos is a separate regional unit of the North Aegean region, and the onlymunicipality of the regional unit. Its population is approximately 90,000, a third of which lives in its capital, Mytilene, in the southeastern part of the island. The remaining population is distributed in small towns and villages. The largest are Kalloni, the Gera Villages, Plomari, Agiassos, Eresos, and Molyvos (the ancient Mythymna).

Mytilene was founded in the 11th century BC by the family Penthilidae, who arrived from Thessaly, and ruled the city-state until a popular revolt (590–580 BC) led byPittacus of Mytilene ended their rule. In early Middle Ages, it was under Byzantine andGenovese rule. Lesbos was conquered by the Ottoman Empire in 1462, who ruled the island until the First Balkan War in 1912, when it became part of the Kingdom of Greece.